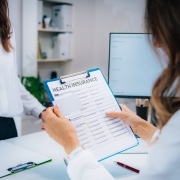 What is the difference between denied claims and rejected claims?

Denied claims are claims that were received and processed by the payer and deemed unpayable.

A rejected claim is a claim that contains errors found before the claim was processed.

The medical biller’s goal is to make sure the provider is reimbursed for their services. Unfortunately, errors – both human and electronic – are inevitable. Running a successful and profitable medical practice requires reducing as many of these errors as possible. When an insurance company denies a claim, they keep a record of that claim in their system. If a claim is rejected, however, they don’t keep a copy of the claim in their system.

These errors can be as simple as a transposed digit from the patient’s insurance ID number. A rejected claim can be re-submitted once the errors have been corrected; since it was never entered into their system.